Can I visit when the park is closed?

The Hopewell Rocks is an incredible place to visit but it can be EXTREMELY DANGEROUS as well. When the Park is closed, there are no facilities or services, no staff to keep you safe, and safety barriers may have actually been removed! The tides rise quickly, the winter weather can be extreme, and fatal rockfalls are more likely to happen in the winter and spring. For all of these reasons, access to the park outside of our operational days and times is strictly prohibited.

Will I see any wildlife in the park?

A large variety of wildlife choose to call The Hopewell Rocks Provincial Park home. Year-round mammals such as red squirrels, raccoon, groundhog, porcupine, skunk, and snowshoe hare live in the park and raise their families here. Other mammals such as white-tailed deer, moose, black bear, bobcat, lynx, and coyote can occasionally be spotted as they pass through the park.

We see anywhere from 35 to 50 different species of birds in the park annually. Many species of birds choose to live here all year. Blue jays, crows, barred owls, great blue heron, black capped chickadees and downy woodpeckers are a few of the many species that can be found in all seasons. In the late spring, our trails come alive with migratory warblers that choose to stop here to raise a family before continuing their journeys. In late summer, the Bay of Fundy becomes a critical staging ground for migratory shore birds such as semipalmated sandpipers who are refueling before they make their non-stop flight to South America. The Park has also been blessed with a pair of nesting peregrine falcons since the spring of 2009.

Our intertidal zones are teaming with life if you know what to look for. When the tide is at its lowest, guests can spot creatures such as the Atlantic rock crab, barnacles, sea snails, hermit crabs, and even sea anemones! Despite the chocolate-brown sediment in our water, many species of fish take advantage of the rich nutrients that our tides provide. Tommy cod, Skate fish, American eel, striped bass, raven fish, and squid lurk just below the surface. Harbour seals and porpoises can often be seen following the tides as they search for an opportunistic meal.

Why is the water so brown?

The Bay of Fundy tides are constantly moving. As the tides flow over the mud flats, it agitates the sediment, suspending it in the water. The sediment never gets the chance to fully settle, resulting in a beautiful, nutrient-rich, chocolate brown color.

Can I bring my pet?

We are pleased to be able to permit pets on leash within The Hopewell Rocks Park. Pets must remain on leash at all times (leashes may not exceed 3 meters (10 feet) in length). Owners must always maintain control of their pet including the use of a muzzle if necessary. Owners are expected to follow stoop-and-scoop laws and clean up after their pets. Pets are not permitted within our buildings unless they are a guide dog or registered service animal.

Do I need special footwear to walk on the ocean floor?

As our walking trails are sloping and the rocks on the beach are very
slippery, wearing suitable footwear will make your visit more enjoyable. (i.e. good ankle support, non-slippery and easy to clean.)

Can I fly my drone in the park?

Use of personal drones of any size is PROHIBITED within the park and surrounding areas. Drones can present a significant threat to our wildlife and guests. In 2017, one of our young peregrine falcons was injured by a drone whose owner chose to ignore this rule. Occasionally an exception can be made for a professional film crew but this requires weeks of preplanning and additional staffing to ensure all our safety protocols are met. Written permission must be obtained by Hopewell Rocks Management two weeks prior to any flights.

Are there electric vehicle charging stations on site?

The Hopewell Rocks has  2 – Type 2 vehicle charging stations in parking lot B.  With the use of your charging access card, you will be billed to you home electric account at a rate of $1.50 for the first hour and $0.75 for every consecutive hours.

Is it better to see High Tide or Low Tide first?

See low tide first: Others want to explore the ocean floor and sea stack formations first, then return to see those same formations surrounded by water, as our massive tides fill the Bay of Fundy.

See both in the same day: Many visitors make plans to stay for the whole day. They walk the ocean floor, then stay to watch the shift between low and high tides. It's fun to see how quickly the tide comes in.

Can I bring my own kayak, canoe, paddleboard?

Effective Sept 7th, 2021 the park will no longer permit or facilitate the launching of private watercraft from the Hopewell Rocks property. Should you still wish to experience the park from the water, we highly recommend booking a guided tour with our partner Baymount Outdoor Adventures.

Can we swim at the Hopewell Rocks?

For some, this is their first time visiting the Atlantic. It can be quite moving to touch the ocean for the first time. Feel free to take off your shoes and dip your feet in the cool Fundy waters but please note that swimming is not permitted at the Hopewell Rocks.

Can I camp or RV at the Hopewell Rocks?

Our park does not offer a camping or RVing option. All vehicles and guests must leave the park before dark. Be sure to check out Fundy Tourism NB's website to see all the great accommodation options available in the area.

Should I purchase my tickets in advance?

At the present time, the Hopewell Rocks does not regulate the number of guests permitted on site at any given time. There is no advantage to purchasing your tickets in advance. 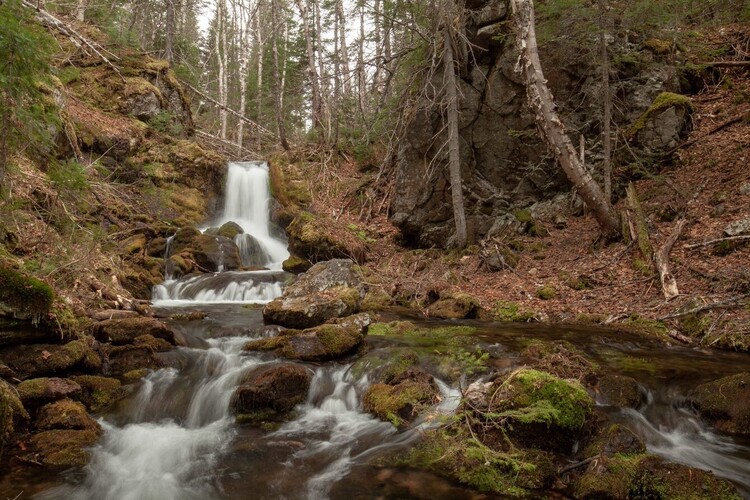 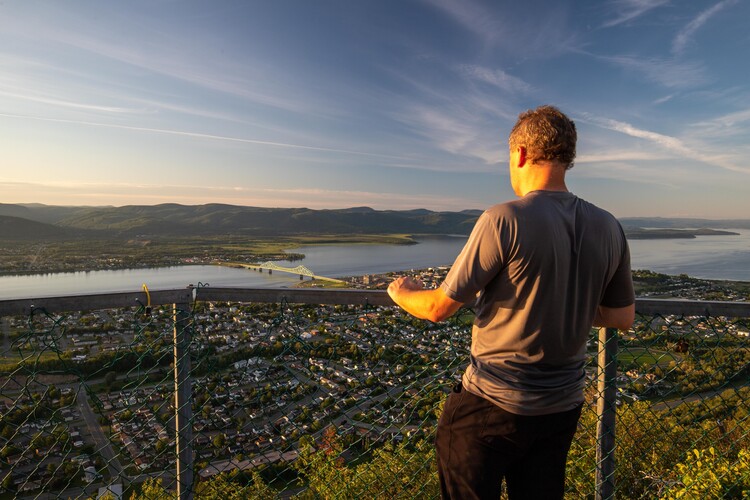 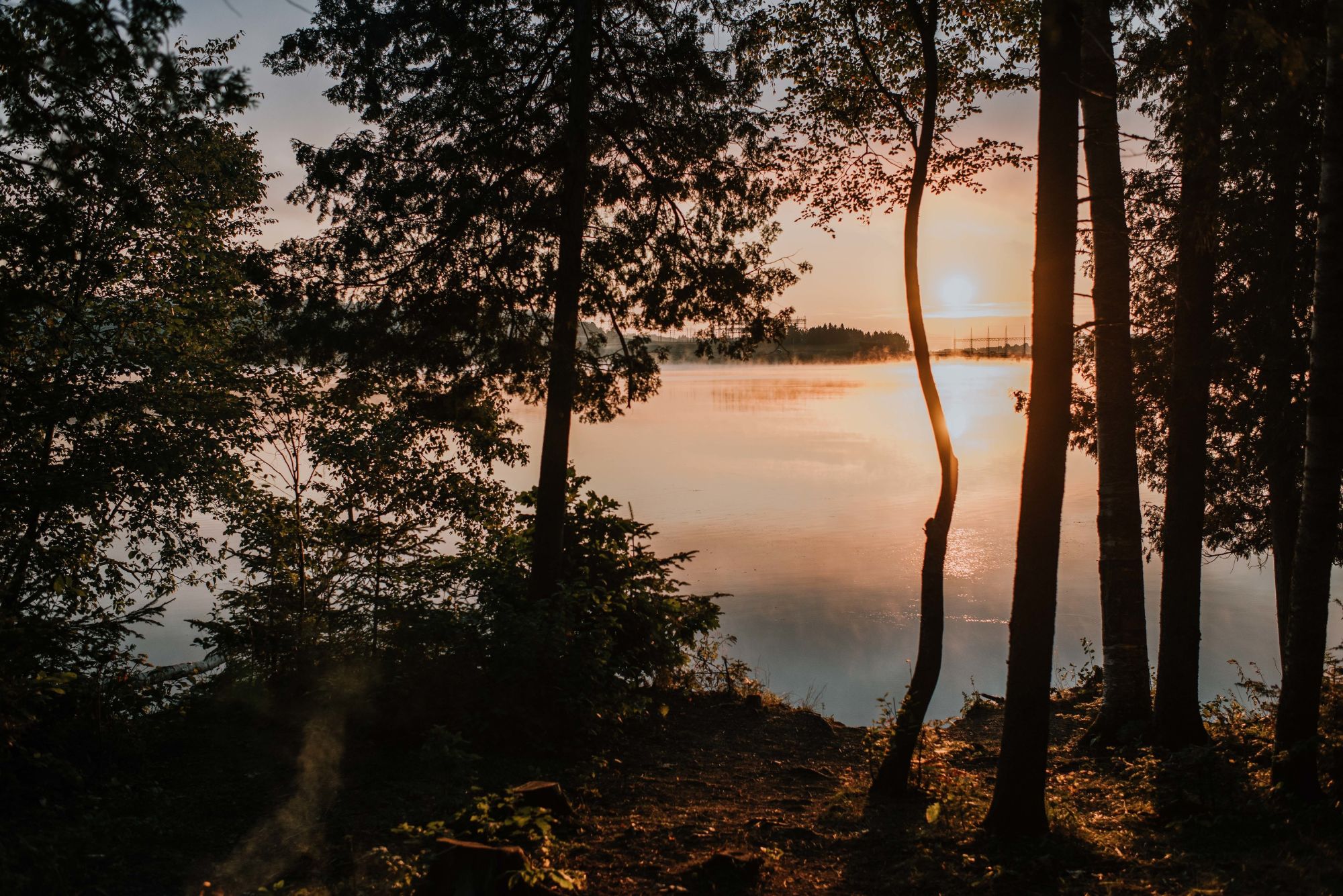 Your Campbellton Winter Escape Is Closer Than You Think
4608
4